On Saturday, an announcement coming from the family of the versatile and best actor Aamir Khan. So, all of us know that the actor is very prominent and always appearing in big projects and movies. The couple married Kiran Rao in 2005 and the couple announced their separation on Saturday morning. In 2011, they welcomed their first child Azad and they all live together for 15 years. Now, the couple planned to live separately but they completely devoted themselves to their son Azad. If we talk about their first meeting then they both met each other on the sets of Lagaan. Kiran was an assistant director in the movie and Aamir was portraying the lead role. 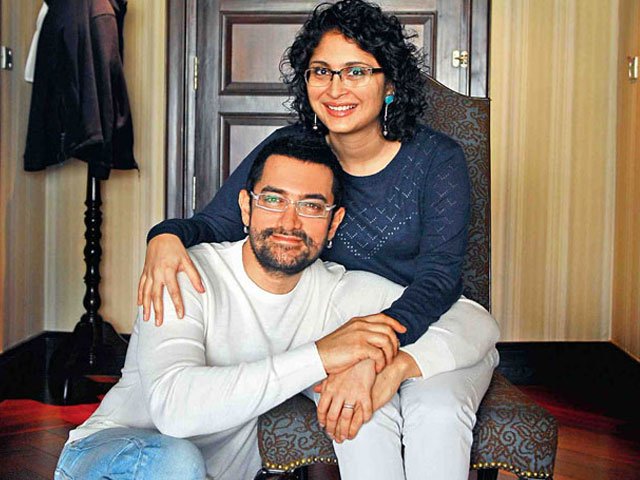 The couple issued a joint statement in which they said “In these 15 beautiful years together we have shared a lifetime of experiences, joy, and laughter, and our relationship has only grown in trust, respect, and love. Now we would like to begin a new chapter in our lives – no longer as husband and wife, but as co-parents and family for each other. We began a planned separation some time ago, and now feel comfortable to formalize this arrangement, of living separately yet sharing our lives the way an extended family does”.

The couple clearly said that they will nurture and raise their son Azad together. Not only this, but they also continue their work as collaborators, Paani Foundation. Along with it, the couple also thanked their family members and friends who understand the new evolution in their relationship, and also their families support them for the new journey. Also, the couple said that without their families and friends, they would not have been so secure in taking this decision. Finally, the couple announced their divorce and also said that it is a new journey for both.

After the confirmation about their divorce, they further added “We request our well-wishers for good wishes and blessings, and hope that – like us – you will see this divorce not as an end, but as the start of a new journey”. Let us also tell you that Aamir Khan was previously married to Reena Dutta and they both have two children, Ira Khan and Junaid. Now, the confirmation of both went viral on several social media platforms, and many fans giving them blessings for their new journey. Their family agreed with their decision and supporting both personalities. Otherwise, you just need to stay connected with us to know more information related to the current topics.