Here we are talking about one of the hit movie of the Hindi Cinema “Mardaani”. This movie is starrer by the Rani Mukherjee. Rani Mukherjee is one of the greatest actresses of the Hindi Cinema. she is born in Bombay. She recipient of such accolades as seven Filmfare awards. She did not seek to persevere a career in film. As a teenager, she dabbled with acting by starring in her father’s Bengali-language film Biyer Phool and she did her first Hindi film in “Raja ki ayegi baraat”. Mukherji loves to keep her personal life private from the public. Se limited to interact with the media. On 21 April 2014 she married the Chopra at a private ceremony in Italy. Now she has a daughter the name of her Adira. 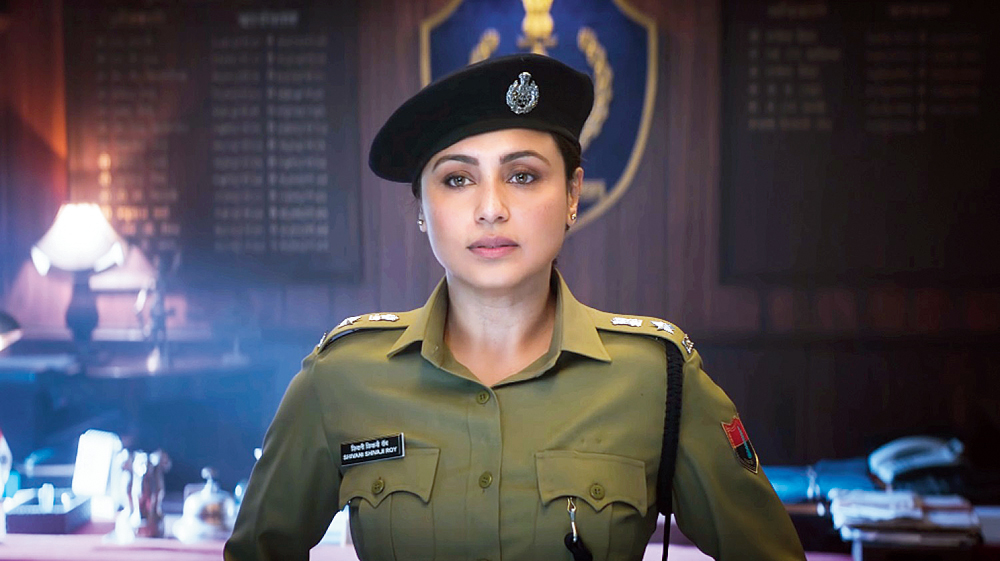 The film “Mardaani” base on the fearless and brave cop, Shivani Shivaji Roy and Tahir Roy Bhasin as the bad guy. Mardaani released in 2014. Now the films completed its 6 years today. On the 6th anniversary of the movie, we all remember the Mardaani constants. In this country women, stills suffer for their respect and her rights. For the safety of women is care is a major concern due to horrific occurrences that often one gets to hear in the news. This movie motivate women to make them fearless and brave. In 2014 the movie got hits was helmed by Pradeep Sarkar. Today the movie will complete their 6 years and on this day we remember you the anthem song of the movie.

The movie is done by the Rani Mukherjee, as a brave and fearless lady cop. Rani will be playing the character of Shivani Shivaji Roy. The villain of the movie name Karan Rastogi who is a drug supplier and also did the deals of girls. They challenge the Shivani in his every next step and said to find him. As a fearless lady cop, she continues searching for him only to uncover a huge trafficking racket involving teenage girls. And she finally got the villain and save the life of teenage girls.

In every scene and the dialogue of the movie is to show the motivation of the women. And show that women will do everything if anybody needs them. In the song lyrics, they show that the stop the torture of women, and women also stop to tolerate the things and show the braveness and stand for themselves. Then the “Mardaani 2” was released on 19th December 2019 which is also a hit movie of the season.  For more written updating news stay connect with us.